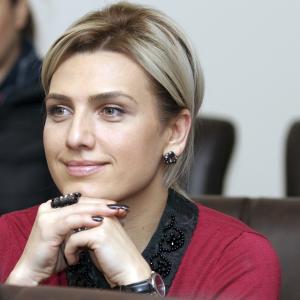 Academic Secretary of the University, Executive Assistant to the Chancellor-Head of the Registrar Office;

Academic Secretary of the University

Executive Assistant to the Chancellor-Head of the Registrar Office

2012 – PhD in Educational Sciences degree earned. The theme of the PhD dissertation: “The Dynamics of the Study of the Motion Verbs within the contemporary strategy of communicative school teaching of Russian” (Defended at the Specialized Scientific Degree Awarding Council 020)
2008-2012 – Researcher at the Chair of the Russian Language and its Teaching Methodology of Khachatur Abovian Armenian State Pedagogical University
2003-2008 – Student of Russian Language and Literature Department of the Faculty of Philology of Khachatur Abovian Armenian State Pedagogical University, Diploma of Honour awarded.

Methodology of Teaching Russian as a Foreign Language (TRFL)

Series of Seminars at the ASPU

Sixty-one teachers from Diaspora will be trained at ASPU

International conference gets underway at ASPU